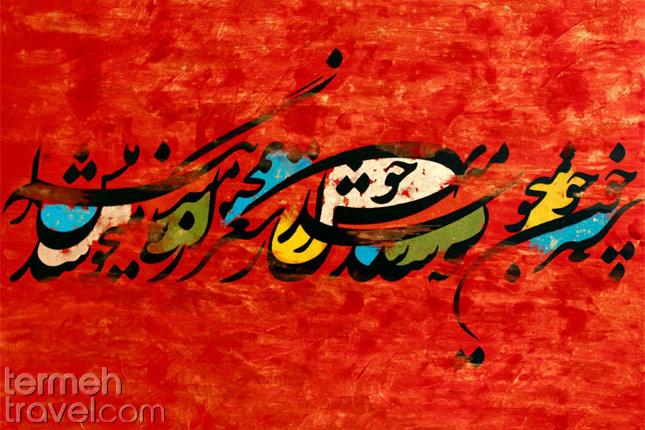 The Beginner’s Guide to Speak Farsi

The best thing about traveling is the opportunity of getting to know new cultures and an essential part of a culture is the language. Knowing the Persian language while visiting Iran makes you feel closer to people and provides better communication. Although, you do not have to master Farsi to start a conversation. We are going to provide a beginner guide for Farsi to help you enjoy your journey without getting nervous when someone does not speak English and says “Salam”.

How to Learn the Persian Language

Linguists believe that children learn a new language faster and easier than adults because they actually acquire the language through a subconscious process during which they learn a language naturally, not through words memorization of grammatical rules. “After puberty, the human being’s brain cannot acquire language anymore, so the learning process starts.” (Noam Chomsky)

When you want to learn a new language, especially Farsi, you need to find the most suitable way to help you memorize different aspects of that language in order to learn it. The first thing that you should remember is that not only learning Farsi, but also language learning, in general, is a long process that needs time and effort. You cannot master a language in a few months; however, there are some tips to ease the learning process.

How to Use Technology to Learn the Persian Language?

What Are the Best Applications to Learn Farsi?

No matter if you are an iOS or Android user, you can install it on your device and start learning.

Beside Dehkhoda and Amid, which are Persian to Persian dictionaries, at the beginner levels, you can look for the meaning of a word in Persian to English dictionaries as well.

Except for the purpose of traveling to Iran, there are other convincing reasons to persuade you to start learning Farsi. The following is just a hand-pick of the most important ones.

Persian is the language of poetry because the sounds are ear-catching, and pleasing. The works of some of the most famous philosophers such as Rumi and Khayyam, are written in Farsi. Also, this beautiful language offers sensible, romantic, and interesting poems of Hafez and Saadi.

Finding some quotations of these poems that are translated in English is easy, but the pleasure of reading the original form of them is beyond imagination. No one, not even the most professional translators, can convey the authentic feeling and meaning behind these literary and philosophical works to other languages.

You can also enjoy Persian novels, and short stories written by famous authors like Sadeq Hedayat, which were amazingly written and have been translated into other languages as well. Sadegh Hedayat was an Iranian novelist in the 20th century and an ideologist whose works are still popular among people. The Blind Owl is his most famous novel, which has a philosophical theme and criticizes his society.

Simin Daneshvar is also a famous Persian writer. Her most essential book is called Sauvashun, which shows the Persian culture by using the most delightful literary devices which need to be read in its original language in order to be felt and understood.

The language of classical Persian literary is not comparable with classical English literature, such as Shakespeare’s works. The new generation of Iranians can still read and understand these beautiful works. Reading them is definitely a motivation to learn the Persian language.

Film Industry in Iran went through a revolution and today Persian movies get nominated for international film festivals every year.

Abbas Kiarostami was an Iranian filmmaker who showed a new perspective about human beings’ lives in his movies. By presenting a thick line between reality and fiction, he introduced the Persian culture to the world. Where Is the Friend’s Home is one of the most famous films that he directed.

Asghar Farhadi is another Iranian filmmaker who won two Oscars for his two movies called The Separation in 2012 and The Salesman in 2017.

Is Iran the Only Country That Speaks the Persian Language?

Iran is not the only country that speaks Farsi. Some other countries such as Uzbekistan, Pakistan, Afghanistan, Tajikistan, and some parts of India speak different dialects of Farsi because they were a part of the Persian Empire once, and then became independent.

There are huge Persian communities in different countries of the world, such as the US and UK, as well. There is a great possibility that you have met at least one Iranian in your life.

What is the difference between Persian and Farsi?

The language of Iran is Persian; however, Iranians call it Farsi as well. The word “Persian” comes from “Persia”, and changed in 1935 to Iran by Reza Shah, who was the king of the Pahlavi dynasty.

Are Farsi and Arabic the Same Language?

Although the written form of the Persian language is similar to Arabic, there are essential differences between these two languages. After the Sasanian Dynasty, Arabs conquered Iran and automatically added some Arabic words to the Persian lexicon, but Arabic and Farsi have different roots. Persian is an Indo-European language, which means that it is more related to Dutch and English. However, Arabic is a Semitic language.

Today, if you know Farsi, you can learn Arabic faster and vise versa.

Similarities between The Persian Language and Other Languages

The Persian language might be a little bit difficult to learn, but the good news is that there are many shared phrases among Farsi and other languages, especially French and English.

You can always find similarities between languages to speed up the learning process.

There are a few similar phrases between Farsi and English:

Loanwords between French and Farsi are a lot. Here are a few of them:

The most important phrase that every traveler must know is how to greet people in the Persian language. Iranians love when you talk to them in their own language. The list below contains the most common phrases that you need to know.

My name is Sarah

Sara hastam
Or you can just say your name without any additionals.

I don’t understand/ I don’t get it:

Nice to meet you

Thanks for your help

“Mamnoon az komaketoon.” You can say the french word “mercy” as well.

My documents have been stolen: “Madarekam ro dozdidan.” You can also yell out “Dozd” meaning thief, to get help from others.

want to go to

I’m looking for the bus stop

Istgahe otobus kojast?” Or you can only say “Istgah- e utuboos” with question intonation.
Note: For telling your destination to the drivers you can only say the name of the place and see if they will drive you there or not.
To having a private taxi you can say “Darbast” when the taxi stops in front of you.

How much is the fare?

If you are using public transportation such as bus or metro you need to buy tickets. In this case, you can say: I need a one-way ticket (which you can use only one time)

I need a bus/ metro card

How can I charge my card?

Would you please charge my card for 5000 Toman?

Mishe kartam ro barayeh 5000 Toman sharj konid?” or just show 5 with your hands.
By putting your money on the counter and say the amount of money that you want to pay, the staff will charge your ticket as well.

How can I get to the … station?

Chetor be istgahe …. Beram?” or just say the name of the station.

Useful Persian phrases in a Hotel

Luckily, almost all of the hotel staff in Iran know how to speak English, but knowing the most common Persian phrases which are used in a hotel won’t hurt.

Do you have a room available?

I want to book a room

I want a private room

Would you take a taxi for me?

How much should I pay?

Do you accept credit card?

Some of the best local foods are usually served in old tiny places where no one knows how to speak English. To have the opportunity of experiencing amazing Persian food you need to know how to speak Farsi in a restaurant or café.

Can I have an extra service?

Can I have the cheque, please?

How to Speak Farsi when You Are Shopping in Iran

Can I try it one?

How much is this?

Do you have a bigger size?

Do you have a smaller size?

Can I get a discount?

Takhfif dareh?
Note: It does always work to ask for a discount in Iran.

How to Express Your Feelings in Farsi

I love this place

How to Express Your Feelings in Farsi

I love this place

What Is the Best Time to Travel to Iran?

Iran visa for Indians (traveling to Iran as an Indian citizen)

Different Languages in Iran, the Magic of Words and Culture

Car Rental in Iran, Everything You Need to Know

Is It a Good Idea to Travel to Iran with Children?

All You Need to Know about Driving in Iran