Home » The Stories of Ancient Persian Gods, Deities and Divinities

The Stories of Ancient Persian Gods, Deities and Divinities 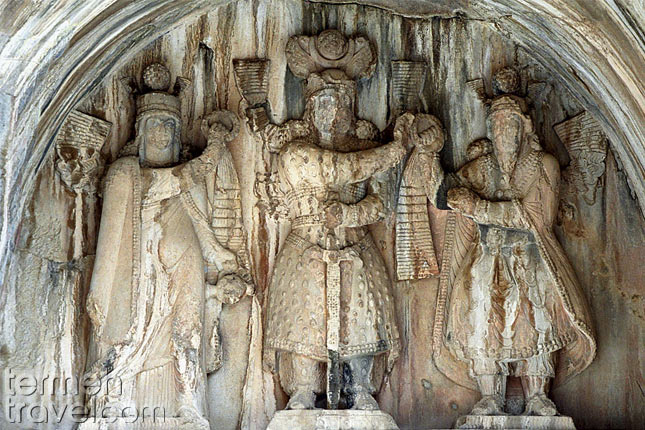 Have you watched the American Gods or read Percy Jackson? If not, you have definitely heard of Greek and Roman Gods and Goddesses like Zeus, Athena, and Mars. The amusing stories of powerful divinities who control the world with their superpowers and create wonders using a little bit of drama (well, more than a little bit)! The Interesting fact about human beings is that they have more things in common than you can imagine, so if you listen to the stories of ancient Persian gods and deities, you can find many similarities with your culture’s mythology.

In Persian mythology, you can find heroic actions, powerful ancient gods and goddesses and get inspired by how these stories were created to fit the level of people’s understanding of the phenomena. These stories were shaped in a way to address human beings’ curious minds and help them see the world through a simpler perspective.

There are many stories about Persian divinities that you can compare to Greek or other kinds of mythology, which can make you surprised and excited. But, there are some major differences which we should get straight before jumping into the stories: First, as far as historians believe, Iran has always been a monotheist country which means that Iranians believe in one God! Therefore, although these deities are also known as gods and goddesses, they are basically divinities.

Another significant thing in Persian mythology and the story of ancient Persian gods and goddesses is that they have more heroic actions and spirituality than drama which you can find in Greek mythology. So you should not expect Posidons’s jealousy or Arthemis’s temper here. Instead, you are going to read action scenes that make you stunned. Now that we covered the bases, let’s get into the stories.

The God of Rising Sun and The Protector of Covenants: Mithra

The most well known Persian God is Mithra, who shines through the darkness on a carriage. Four eternal white horses carry the carriage and run through all the ugliness courageously.  That is why Mithra is known for his ability to bring peace to the world and enlighten people to see the kindness of Ahura Mazda, the God.

The story of Mithra’s birth is quite similar to Athena. Unlike normal children, Mithra was born from a rock, as an adult with a dagger in one hand a torch in another. In mythological stories and pictures of Mithra, he is always associated with a snake symbolising the earth, unlike other beliefs in which snakes are tricksters and mischievous. In Mithraism, snakes are accepted and cherished. Also, Mithra walks with a lion next to him, which symbolises power, light, and the sun.

The old tales say that Mithra is the one who makes the seasons pass and time go on. He fights with the bull which is a damaging agent and kills it. Then, the year gets renewed, and the winter ends. If you go to Parseh or Takht-e Jamshid, you can see the picture of a lion wrestling with a bull and killing it. That is how the sun overcomes darkness.

Interesting fact: There is a cult associated with Mithra called Mithraism, in which people practice traditions linked to Mithra. The swastika is one of the most popular symbols in Mithraism, which goes back to ancient Persia and even Egypt.

The Goddess of Water, Wisdom and Fertility: Anahita

Where the rivers are passing and make your ears filled with their exciting yet calming music, Anahita is there to embrace all the impurities and purify every creature. Anahita is the mother of all creatures. She gives life to the world and protects the innocent beings of Ahura Mazda. She is the pregnant women’s guardian and helps them bring righteous children to the world.

To understand who Anahita really is, you should pick Athena’s wisdom, Artemis’s purity, Posidon’s association with water and Aphrodite’s beauty to create Anahita. She is the one who cares for young women and protects them against offenders. In Persian mythology, during the Arab’s Conquest, the young girl of Iran’s king was running from the Arab’s army to save her dignity, and Anahita is the one who protects her and gives her a home in Chack Chack mountain in Yazd. Therefore, women respect Anahita very much!

The Powerful God of Wind: Vayu

One of the few Ancient Persian Gods that both Ahriman (Evil) and Ahura Mazda (God) ask for his help is Vayu. As a neutral deity, he can decide whether he wants to help the goodness or destructive forces. Therefore, all the divinities, even the most powerful ones, had to be cautious around Vayu. Even his birth story is a unique tale in which you will realize why he is not a deity to mess with!

Vayu is created out of a giant breath. The same giant that the world is built on its body! (yes, we are living on a giant’s body. How cool is that?!) Old myths say that Vayu is riding a carriage that more than thousands of horses carry, and he creates sparkling lights- AKA bolts of lightning- while moving. He is also the one who brings the sun back every day and has the power to destroy everything just by blowing into the lands.

Now that we have established how frightening Vayu can be, there is good news: According to John Hinnells, Vayu has decided to pick Ahura Mazda’s side and do good, so no worries!

The ancient Persian god of victory is called Bahram, associated with ten different faces and identities that appear depending on different situations. No one knows what he really looks like, but his first face is like a fast wind, the second one is a bull with yellow ears and golden horns. His other faces also include a white horse, a camel, a strong wild hog that can kill the enemies immediately. Bahram’s sixth face is a 15 years old boy, which is the ideal age in Zoroastrianism in which adulthood starts. He is also a bird, a wild ram, a male goat and finally a strong man with a sword in hand.

Bahram’s most important mission is to protect pure creatures against Ahriman and fight with the enemies to bring victory for Ahura Mazda. So, it goes without saying that Bahram is a warrior who helps the good side win the battles.

Now that we talked about the most popular Persian deities, it’s time to talk about some minor gods which fight with the badness or Ahriman. One of these gods is called Rapithwin, responsible for keeping the waters and soil warm during winters when Ahriman is trying to make the roots of trees cold and die.

Tishtar is also the deity of rain who fights with the drought giant and helps raindrops fall from the sky and make the lands fertile and watered. Yamah is also the deity of death who is responsible for accompanying the dead to their final destination while riding a buffalo.

Ancient Persian gods are a part of Persian rich culture and history which can amuse you and help you learn more about Persian culture. If you are interested in these topics, you should also check out the Persian Mythological Creatures and Their Stories blog post.

Read More »Are Iranians Arabs? A Comprehensive Overview
previousWhat Are the Most Popular Street Foods in Iran?
nextWanna Be a Persian Cuisine Master? Check Out Essential Persian Cooking Utilities