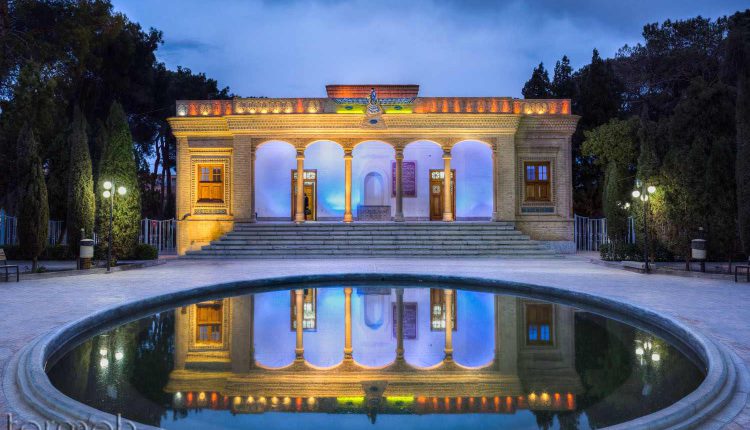 You have probably heard about Zoroastrianism, but what is it exactly? Why is it important to know about this religion? Why were great philosophers such as Plato and Socrates interested in it? And why is it connected to the Sasanian Empire? We are going to get to the bottom of it now.

Zoroastrianism is one of the oldest and very first monotheistic religions in history. It is an existing religion because people from all around the world still practice it. They are some debates about when Zoroastrianism started, but most of the documents state that it originated around 4000 years ago in Iran and India by a prophet named Zoroaster.

Zoroaster is the Greek name for Zarathustra, but how was he born? According to John Russells Hinnells, Zoroaster was born from a sacred soul that came down to earth from heaven and mated with a 15-year-old girl who was a virgin. All sacred creatures were happy because of his birth, but the devil or “Ahriman” was fretful. The myth states that Zoroaster was brilliant; he could speak to God from the moment he was born and be aware of his mission. He became a great man who propounded Zoroastrianism teachings such as purity of soul to people. Because of the teachings, Plato and Socrates wanted to come to Iran and learn from the Magi who were Zoroaster’s students and followers. The teachings of Zoroaster were new and thought-provoking in that time. They were written in the form of poems which we call “Gathas.”

Zoroaster’s Gathas are in a holy book called Avesta, which has different parts. You can find every aspect of life in it, from creation to death, but we want to look closely at some of them.

The Story of Creation in Zoroastrianism

In Zoroastrianism belief, God is the true brightness, and he is immortal, but the devil or Ahriman is the true nature of darkness, and he is mortal. It means he eventually will be destroyed by God, just like a happy ending story of good versus evil. This myth states that God and Ahriman were separated from one another. God was always aware of Ahriman’s existence, but Ahriman did not know about Him because he is not very smart. From the moment that Ahriman saw God, he wanted to destroy him. Even though God gave him a chance and asked him to obey, he refused, so in a long battle, God defeated Ahriman, but he was not destroyed for good. God sent Ahriman to hell. Since he knew that Ahriman will rise again, he created nature and every good aspect of it to help him stop Ahriman in upcoming battles.

The Creation of The First Man and Woman

The first couple were created from a seed and grew as a plant. They were combined, and it was impossible to distinguish their gender. Eventually, they formed a tree and became human beings by God’s will. God told them their responsibilities, but Ahriman was there to mislead them. Ahriman taught them to lie, but in Zoroastrianism, lying is the worst sin, so God was very angry and told them to live on their own. They worked with many difficulties, and they produced children.

What Do Zoroastrians Think About Death?

Zoroastrians believe that the true life for human beings comes after death. The soul of the deceased will be around his body for three days to think about his life. Then the soul of that person will go to the other world to be judged based on their deeds. If they were a good person, they will go to heaven and if not, they will be doomed in hell. But, what happens to the corps?

The Towers of Silence

Zoroastrians respect the earth as a pure element of nature. They cannot defile it with corpses which are influenced by demons; hence, they use circular walled enclosures to put the corpses there. These structures are called the Towers of Silence. In Zoroastrian beliefs, when death occurs and the soul wants to leave the body, Ahriman uses this opportunity to possess it. So by using vultures and bugs which belong to him, Ahriman destroys the corps.  Zoroastrians use these towers which have no roofs to let sunshine make bodies pure. The towers have three circles inside. The first one is for men’s body. The middle one is for women’s, and the last circle is used for the body of children. The rest of the corpses are kept in a special place in the towers. During those three days, the family members of the deceased set fire around the tower to provide light for their loved ones. This way, they want to help them to find their way to heaven with the help of their Faravahar.

In Zoroastrianism, there are three significant rules for people to follow if they want to be a good person. A person must have good thoughts, good words, and good deeds. These rules are monitored by Faravahar, which is the most known spiritual and symbolic figure in Zoroastrianism. Zoroastrians believe that each person has an individual Faravahar from birth to death that guides the soul and body of that individual.

Faravahar looks like a wise old man pointing one hand upward, which means that there is only one way to have redemption. He also has a ring, on the other hand, which is the ring of promise to show the respect of promises. There is a circle around the man which shows the eternity of the universe. This means that the result of human beings’ actions returns to them in this world. The wings that have three-row feathers symbolize three principles of Zoroastrianism and the tail feathers, symbolize bad thoughts, bad words and bad deeds which must be avoided. Two loops are the symbols of good mind and angry mind which a human being has.

You see the symbol of Faravahar in ancient places such as Perspolis, Behistun, and the Fire Temple of Yazd.

Like any other religions, Zoroastrianism has special places of worship and prayer. Christians go to the churches, and Muslims use mosques, but the Zoroastrian place of worship is called fire temples. One of the most important fire temples around the world is located in Yazd. Yazd is a historical city located in the middle part of Iran, known as the centre of Zororasterianism because of the sizable population of Zoroastrians living there. Zoroastrians consider this fire temple sacred, and they call the burning fire “Atash Bahram” which means the victorious fire. It is one of the nine highest grade fires in this religion and has never been extinguished; the fire was burning from 470 AD and is burning still. Fire is an honourable element in Zoroastrianism faith, so lighting fire is an important ritual that a follower must do. Unlike what some people think, they do not worship fire, they respect it and light it to have brightness in their life, and to banish Ahriman.

Making sacrifices is also an important part of Zoroastrianism rituals. People sacrifice to show their respect towards God and ask for his help. They sacrifice animals, mostly sheep, and cows for Ahura Mazda.

Who Is Ahura Mazda?

Ahura Mazda is the God in Zoroastrianism. Being the most powerful and dignified, followers cannot directly ask for his help and sacrifice for him, so they sacrifice for his divine sparks or Amesha Spenta. As it was mentioned earlier, Ahura Mazda created everything to be able to defeat Ahriman, because Ahriman has his followers as well. Some aspects of nature that sound unlikable to us belong to Ahriman, such as storm, earthquake and some animals like wolves and flies. Ahura Mazda was worshipped in Zurvanism faith which is a branch of Zoroastrianism in the Sasanian empire.

Zoroastrianism and The Sasanian Empire

During the Sasanian empire, Zurvanism had its most power. Even though at the beginning of the Sasanian empire, Magi were against this sect, later on, it became the most important faith in Iran. The Sasanian Empire was the last pre-Islamic empire in the country. The first king of this mighty empire was Ardashir I who built his empire in Estakhr, which is a city near Shiraz. In that time period, the Sasanian Empire had spread from Europe to Asia. This empire had a significant influence on Iranian culture Because of the fact that the kings supported literature, science, and philosophy. Some of Plato’s works were translated to Pahlavi, which was the language of that time. Also, many beautiful buildings that we visit today are from that era, such as Taq-e Bostan in Kermanshah.

This faith influenced many aspects of this country, like its architecture and art. Getting familiar with the background of Iran can give you a better vision, and it can help you see Iran from a better perspective.