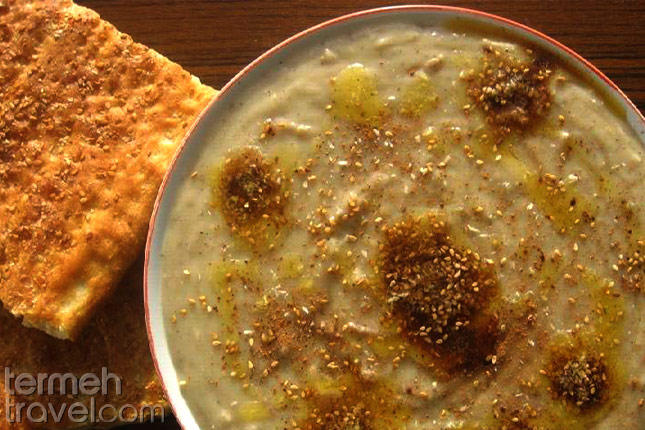 The word Halim comes from the Arabic language meaning shredded meat. Halim is a very popular food in the Middle East, Central Asia, and the Indian subcontinent. There are many varieties of Halim based on different regions. Persian Halim is different from the Halims served in the Arabic countries, and here is what you need to know about this Persian cuisine.

About a thousand years ago, the Alawites used to cook Halim only on sacred nights, and by morning they would hand out the food they had prepared to people. This act was called “giving out Nazri”, and “Nazri” meant free food. They believed that Halim was the most difficult and most time-consuming food to cook, making their Nazri more meaningful.

Time passed. Persians kept the holy meaning of cooking Halim, but they also added a new sense to it. Halim was served warm, and it counted as breakfast. So on the long cold nights of winter, the people of Jasb (a city in the middle of Iran) cooked this food throughout the night. They served it as a hot breakfast to their family members, warming them up for the cold day ahead. They did this for the entire season.

Nowadays there are Halim shops all over Iran; those who want Halim for breakfast, often buy theirs from these shops. It is served year-round and in varieties too.

The original Halim, the one that started it all, is made from barley, shredded meat (beef, lamb, chicken or turkey) and spices. This dish is cooked for several hours, which results in a paste-like consistency, blending the flavours of spices, meat, barley, and wheat. 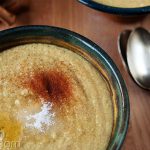 The word Halim comes from the Arabic language meaning shredded meat. Halim is a very popular food in the Middle East, Central Asia, and the Indian subcontinent. There are many varieties of Halim based on different regions. Persian Halim is different from the Halims served in the Arabic countries, and here is what you need to know about this Persian cuisine.
Prep Time30 mins
Cook Time1 hr
Total Time1 hr 30 mins
Course: Breakfast, Main Course
Cuisine: Persian
Keyword: Persian Halim
Servings: 4 persons
Calories: 2446kcal
Author: Atieh Barati

Fun Fact
Milk Halim counts as a special breakfast; that’s why in Isfahan, milk Halim is widely served only on Fridays, which is the Persian weekend.

Halim Bademjan is mostly served throughout the country during the Islamic holy months of Ramadan and Muharram of the Muslim Hijri calendar.

In the month of Ramadan, after fasting for most of the day, this is a go-to dish for Muslim breakfast (Iftar); it’s high in nutrition, protein, carbs, providing energy for the fasters after a long day of not eating food. In Muharram, people of Iran serve it as Nazri to their neighbours, or strangers passing by.

As I said, wheat Halim is the base of all other Halims; once you know the recipe of one Halim, you can pretty much cook the others just by changing a couple of main ingredients. For eggplant Halim, you will need to use rice instead of wheat, Kashk instead of cream, and add eggplants to the list.

Let me break it down for you.

According to Wikipedia, “Kashk is a fermented food that is made from grain mixed with sour milk or yoghurt.” Kashk can be found in many forms and varieties. The Kashk that Persians use for cooking has a sour-cream like consistency, it is very salty, and depending on what animal-milk it is made from, it tastes different on the tongue, having an effect on the overall taste of your food.

Kashk can also be found in ball shapes, and be used as a snack throughout the day. Some people like to have a salty treat from time to time, and because Kashk is a dairy product, some consider it as a healthy snack.

My advice to you, taste the Kashk you bought for cooking and keep in mind its saltiness; this will come in handy when you are seasoning your food with salt.

While peeling your eggplants be sure to remove the stem, and for a faster cooking process, you can cut the eggplants into three-inch pieces. Since everything is going to be blended together, you don’t need to be specific in how you cut them.

Halims can be a simple snack on your busy days, or they can be a full three-course meal, sweet or salty, burning hot or semi-cold, you can enjoy them however you like. They are extremely versatile, and you can’t go wrong with this amazing Persian cuisine.

I hope this post makes you want to try it, let me know in the comments if you do. 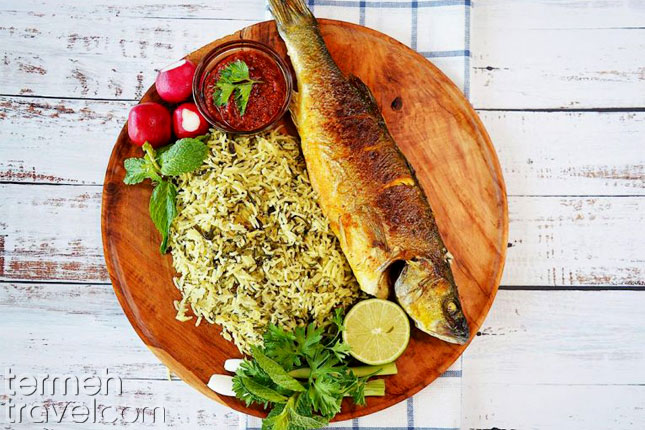 How to Make Sabzi Polo ba Mahi for Nowruz?

Like a perfect roasted turkey for Thanksgiving or Chinese dumplings for the new year, Sabzi Polo ba Mahi is the wonderful meal that makes you… 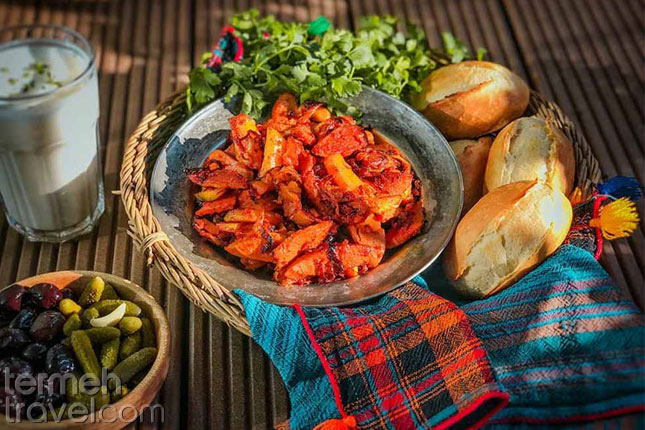 A Sosis Bandari sandwich with its delicious toppings and amazing sauce is one of the most favorite picnic foods of every Iranian family. Iranians love… 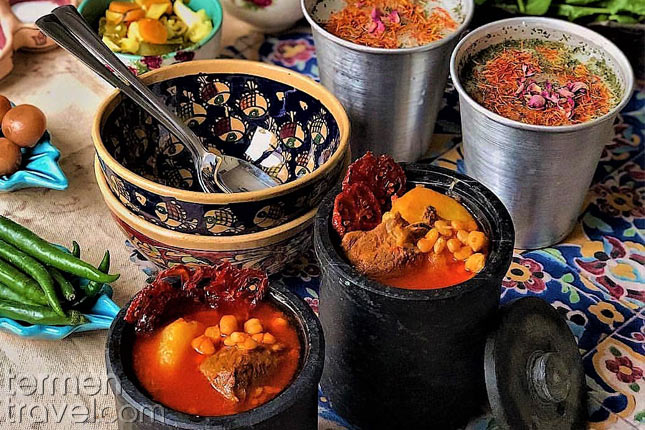 In Persian cuisine, ingredients are foundations, spices are the essence, and Persian cooking utilities are tools to perfection. You cannot use one without the other…