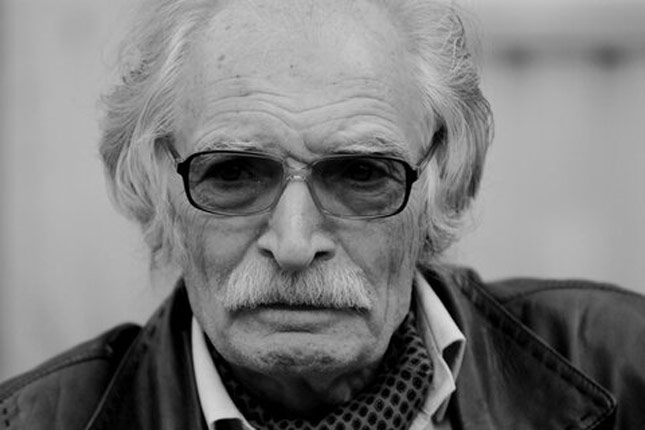 Have you ever watched fantasy movies like Alice in Wonderland and wished you could enter that magical world? Yes, it is not possible to do that in the real world. But great books can help you while sitting on your comfortable chair drinking a refreshing tea. It sounds fantastic, right?

Imagine entering a world portrayed by modern literature novelists like Mahmoud Dowlatabadi, Sadegh Hedayat, Jalal Ale Ahmad, and more. It would be great, and we want to talk about great Iranian novels and short stories in this post.

Stay tuned if you are interested in Iranian culture, history, and literature because you won’t regret it.

The story is one of the literary masterpieces of modern time. The Blind Owl tells the story of a young man who is the narrator and a case painter. In this book, the young man always draws a lady in black who gives a blue lily to an elderly man sitting under a tree. The story starts when he sees a picture from a hole on the wall. Then, he delves into his same old yet exciting dreams. After that, he tells the story of his past to his owl-shaped shadow.

Sadegh Hedayat, one of the best Persian writers of the 20th century, helped Persian literature find its way into modernism. As Hedayat gradually slips into delirium in this book, the reader is caught up in the writer’s bleak vision of humanity. Blind Owl is a masterpiece comparable to the writings of a renowned American writer, Edgar Allan Poe. You can read it in various languages, including English, German, and French.

If you want to travel to a surrealist version of Iran during Reza Shah, try The Blind Owl.

The Colonel, written by Mahmoud Dowlatabadi, talks about the family, history, and nation. Dowlatabadi begins the story with two police officers who call the Colonel to deliver his daughter’s body on a rainy night. Dowlatabadi is one of the most prominent Iranian writers. He is known for his exceptional storytelling and imagination. After reading The Colonel, you will be immersed in his book and cry and laugh with each sentence.

This novel is banned in Iran because of its sensitive story. Yet, it is one of the best works of this great novelist.

Mahmoud wrote the novel in the 1980s and published it in Germany first. Then, it was introduced to the UK and the United States.

This is another masterwork from Mahmoud Dowlatabadi. This time, he will take you to a village in Khorasan province, located in the eastern part of Iran. You get to know everything about the fascinating culture of east Iran. Missing Soluch is about society, cruelty, and unkindness. After Soluch— the name of a family’s father in the village— vanishes without any explanation, the family will no longer see happiness in their lives. Soluch’s wife simultaneously deals with political corruption, poverty, and authoritarianism. She is torn between loving Soluch or being angry at him for leaving them, not to mention the struggle to raise her children single-handedly, all happening in a society weighed down by injustice.

Typically, sad novels are hard to read. Still, this one captivates your thoughts so much that you won’t leave it until the end. The writer is the master of explaining fine details as if you are part of that miserable family.

There is no doubt Missing Soluch is heartbreaking. Still, Mahmoud Dowlatabadi plans each book’s word so artistically and meticulously that it makes you believe every word. The writer developed the idea for this book when he was in jail, which again indicates the sad nature of this book.

Symphony of the Dead

This book is written by Abbas Maroufi and tells the story of the Urkhani family living in Ardebil province. Jaber, the paterfamilias, is a respected and successful merchant with a dutiful wife and four children. Yousef, who has been tragically injured as a child and is barely in a human state, is the family’s eldest child. He is a heavy burden on the family’s shoulders but refuses to die. Other characters include the twins Aida and Aidin and another one named Urhan.

Maroufi tells the story in a symphonic form comprising four varied movements that repeat various parts of the story from different perspectives. The story primarily revolves around the conflict between brothers Aidin and Urhan. Urhan is like his father and is anxious to take over the family business. On the other hand, Aidin is a talented poet who dreams of studying in Tehran. The father has burnt all his possessions (books, writings, and everything) because he doesn’t believe in his talents and wants to teach him a lesson.

It’s impossible to describe this masterpiece in just a few paragraphs, but I guess you know the gist now.

Maroufi artistically and elegantly switches between the first and third-person without warning to convey a symphonic form into your mind. He plays pleasantly with your mind, making you re-read the previous passages to savor every part of the book.

You can enjoy reading Symphony of the Dead, especially if you can relax into the stream of consciousness.

Her Eyes tells the story of Farangis, a member of the Iranian upper class. Farangis decides to enroll in an art school in Paris because she lacks employable skills due to her luxurious lifestyle. After that, Farangis discovers painting is not a strong suit for her. Therefore,  She returns to Iran to participate in the political activities of Ostad Makan, Iran’s greatest painter.

Her Eyes portrays a perfect picture of 20th-century Iran. Many critics consider this novel a masterpiece in Iran’s literature and Alavi’s best work.

Jalal Al-e Ahmad’s fiction, By the Pen, is quite different from his naturalistic social novel, The School Principal. The book tells the story of ancient power struggles and the hardships of governing justly and it is set in some unknown Persian past. He employs very different devices in his realistic contemporary tale to create an allegorical novel and depicts modern Iran. Al-e Ahmad covers two specific periods: first, the reign of Safavid Shah ‘Abbas the Great (from 1587 – 1629) and second, the rise and fall of Mohammad Mosaddeq (1882 – 1967).

You can enjoy an exotic subject matter and presentation by reading this book. It starts with “once upon a time,” and the writer’s folk-like tone would nicely make you forget the historical and contemporary stories found in the story.

Savushun (pronounced “sa-voo-shoon”) is a surviving pre-Islamic folk tradition in southern Iran to honor Siavash, an iconic Persian prince from the earliest days of the Iranian Empire. The book is about a Persian family during WWII when Iran was under the Allies’ occupation.

Simin Daneshvar’s author set the story in Shiraz, a city that summons the images of Persian poets, great pre-Islamic monuments, and shrines.

Daneshvar tells the story from Zari’s perspective, a young mother and wife dealing with her idealistic husband while battling with her desire for traditional family life and the need for an independent identity. Simin Daneshvar is still active and writes in Iran.

The Baboon Whose Buffoon Was Dead

This short story is about a baboon named Makhmal who goes to different cities and performs in the streets with his owner, Loti Jahan, who makes a living by fighting strangers. One day, Loti starts to move and gets to the destination at night. Since he was tired, he slept next to an oak tree. As makhmal finds Loti dead in his sleep, he starts moving worryingly to wake his owner up since he doesn’t know what is happening.

The Baboon Whose Baffoon was Dead isCChubak’s second collection of short stories depicting society’s outcasts with grim and sordid scenes and moments. Chubak has selected the title to show concepts like freedom and the relationship between the oppressed and the oppressor from a domesticated perspective.

Houshang Golshiri’shiri’s Parrot, Green Crow, is a symbolic story with the parrot and the crow being the symbols. The green parrot symbolizes peace, tranquility, and a good-natured companion, and the crow is a sign of sorrow and misery in Iranian culture. The parrot has an emotional relationship with humans, especially while talking to them. On the other hand, crowing crows means bad news and even loneliness for humans in Iranian culture.

This book is the story of naive people who, no matter how hard they try to get rid of their stupidity, sink deeper and deeper into it.

Finally, My Bird is the last book that we recommend you read. It is a short novel about the story of life, love, and sacrifice for marriage. You read the story of a 35-year-old woman and mother of two children who lives in modern Tehran. Her husband Amir dreams of an ideal life and desperately wants to immigrate to Canada. Fariba Vafi, the writer, helps you understand the main character as a symbol of many Persian women torn between tradition and modernism. This is done so exquisitely that it made us put it into our top books.

Indeed, the renowned Iranian novels are not limited to this list. Still, it is a perfect place to start and familiarize yourself with Iranian literature. You can search for other writers or other works of the figures mentioned above.

At Termeh Travel, we hope you enjoy reading all of these books. If you have questions about them or Iran’s literatureIran’sulture, feel free to comment below. 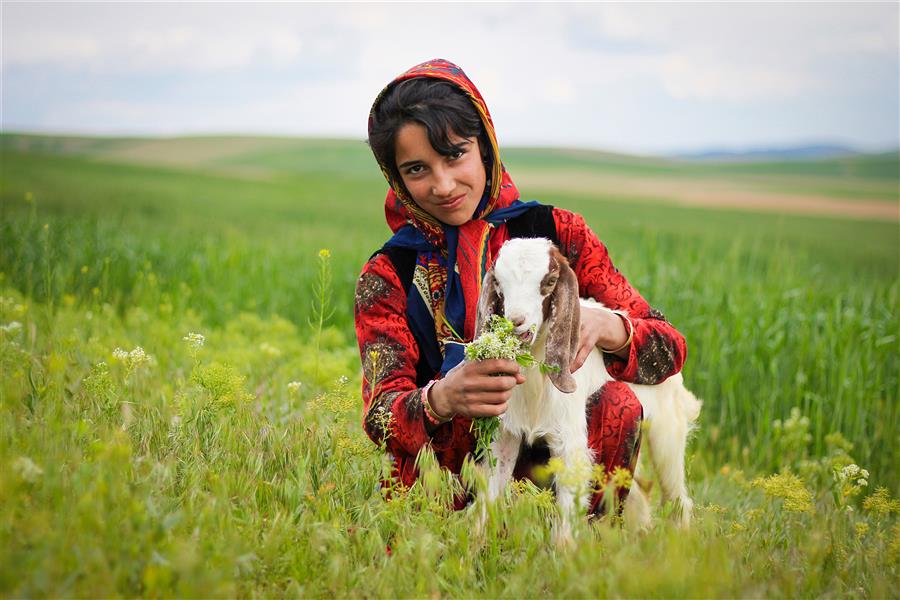