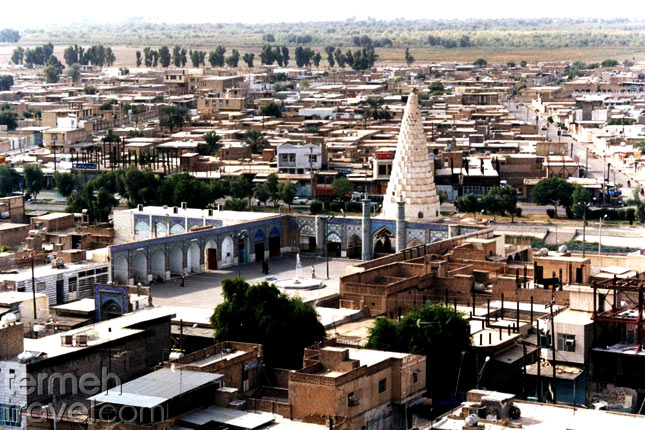 The ancient city of Susa is where the glamour of the Persian empire is hidden like a treasure. Although the city is old, its heart pumps strongly to show how lively it is, and the flowing river in the middle of it vivifies every corner of Susa. The city that once was adored and protected by Elamite divinities is now the resemblance of Iran’s rich history.

You need to walk inside the city to see the trace of the ancient civilizations intertwined with every element of Susa. From the majestic castle and palace to the natural wonders of the city, you can see how the passing of time enriched Susa and made it fascinating.

If you travel toward the seas of southern Iran and the fascinating Persian Gulf, you can find Susa at the foot of the Zagros Mountains. Susa, with more than 200,000 populations, is located in Khuzestan province, where the genial people of it are the most hospitable ones in the world. Throughout many years, Susa has been one of the most exceptional cities in Iran, and the history of this city can be your proof.

The History of Susa

Susa is one of the oldest cities in the world. The archaeologists found the signs of settlements in this city, which goes back to 4395 BCE. Due to the high value of Susa, many archeologists, mostly from Britain and France, excavated there.

Susa is where the Elam civilization was shaped; therefore, the people worshiped gods and goddesses of Elam. Although Elam Civilization got destroyed, later on in the Achaemenid Dynasty, Susa started its development once again and became one of the Achaemenid’s capital cities around 2500 years ago.

Since the Achaemenid territory was vast, by order of Darius I, many men worked on building the Royal Road. This road linked Susa to Persepolis(The main capital city of Achaemenid Empire) and Pasargad(The tomb of Cyrus the Great), then to the whole territory. The Royal Road allowed Chapars, which were Achameanid’s unique message delivery system, to move between different places with the highest speed possible.

In the Islamic period, Susa was still significant because of its link to one of the oldest prophets, Daniel, who is mentioned in the Muslims’ holy book, Quran. Today, Susa is essential for Iranians for both its rich history and its location. Being located near Iran and Iraq border, Susa played a vital role in the war between Iran and Iraq, and let Iranians defend their lands. Therefore, the people of Iran genuinely love this city.

The Meaning of Susa

Since the language of Persia changed from the foundation of Susa until today, there are different pronunciations for the name of this city. Greeks used to call this city Susiane, but today everyone refers to it as Susa. According to Dekhoda Dictionary, Susa means “good” or “nice”; however, some historians believe that Susa comes from the name of Inshushnak, who was an Elamite divinity and the protector of Susa.

When Is the Best Time to Visit Susa?

Iran is a four-season country, and you can experience the whole four seasons in one day in different parts of Iran. Being located in the south, Susa is one of the cities in Iran which has high temperature most of the time. In order to enjoy the most while visiting this city, you should travel there during late winter and the beginning of spring.

In summers, the temperature of Susa can go up to more than 50 degrees centigrade. However, during February and March, you can experience the most pleasant weather of this city when nature becomes new and has a lot of beauty to offer.

What Are Susa’s Attractions to Visit?

If you are a river lover, you will fall in love with the Karkheh River. The third longest river in Iran flows from Zagros Mountain to reach Susa City. This astonishing river finds its way among the stones and hills, touches the high palm trees, embraces the streams, and finally finishes its journey in Hoor-al-Azim Wetland in the border of Iran and Iraq.

Water is the symbol of tranquility, but the Karkheh River is more than that. For Iranians and the people of Susa, the name of this river is the reminder of conquering difficulties and finding peace once again. Since, during the war between Iran and Iraq, this river played an important role.

The Tomb of Daniel

Various locations have been dedicated to the burial place of the biblical and Islamic prophet, Daniel. However, one of the tombs that have been accepted by the majority is located in Susa, Iran.

Being located near the Shavor River and the unique architectural design of this structure makes it look like an old painting. The most exceptional part of the Tomb of Daniel is its dome, which is a jagged hexagon cone. Also, the walls of the tomb follow the same Islamic pattern as other mosques in Iran, and the colored glasses adds to the beauty of this place.

During the Qajar Dynasty, French archeologists came to Susa to study and to excavate. They started to build a residence in 1897 near the Tomb of Daniel, which was inspired by Renaissance Castles and Persian Architecture. The locals used to call this castle the French Castle or the Acropol Castle, but the most known name of it is Shush Castle.

On top of the hill, Shush Castle stands strong and surrounded by high green trees to look like famous scenes of fairy tale stories.

Besides the majestic structure of Shush Castle, this place is significant because of the many relics being found there. The Hammurabi Code is one of the important and valuable inscriptions which explains the rules of Mesopotamia.

In Ancient Persia, during the Achaemenid Dynasty, when the winter came, Darius I used to travel to Susa and stay in Apadana Palace, which was a winter residence. Although today, there is not much left from the beauty of Apadana Palace, by looking at the columns, you can see how glamorous it once was.

If you close your eyes, you can see the walls having oil colored and being designed with the patterns of the Achaemenid soldiers and lotus, which were the symbols of protection, perfection, and spirituality.

The magnificent and exceptional combination of art and engineering displays itself in Chogha Zanbil. The temple of Inshushinak, the divinity, and protector of Susa in Elamite Culture is where you can get amazed by the shape and structure of the building, which looks like a jagged pyramid. You can read more about this magnificent place in our Chogha Zanbil Article.

Every corner of Iran is blessed with an exceptional feature. By traveling to Susa, you get familiar with the ancient history of Iran and get to see the remains of the oldest civilization in this world. You can start planning your trip and apply for an Iran Visa right now.

Robert H. Dyson, Early Work on the Acropolis at Susa.

Read More »Are Iranians Arabs? A Comprehensive Overview
previousWhat Do You Know about Chogha Zanbil?
nextAll You Need to Know about Takht-e Soleyman